Who is richer – Sudeep or Rahul? 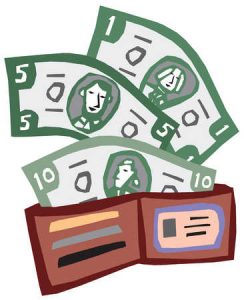 Sudeep, a good friend of mine was about 25 and he earned about Rs.15,00,000 a year. He travelled a lot for business but lived in a huge apartment which he often didn’t visit. He partied a lot and ate outside all the time. He used to update his wardrobe quite often. He gave the leftovers to his friend. He spent everything he earned

However, his friend Rahul, about the same age earned Rs. 7,00,000 a year. He lived in a smaller house and made most of his own meals at home. He didn’t spend much on clothes and used them until they’re worn. He made sure to save about Rs. 1,00,000 in a year and invested them wisely.

In ten years, Sudeep’s net worth didn’t grow at all but his friend Rahul’s worth grew considerably and in twenty years it became exponentially high.

At age sixty five, Sudeep had nothing as wealth and so had to work for the rest of his life. But Rahul actually retired early and lived a relaxed life with his huge corpus.

Now who is richer: Sudeep or Rahul? Though Sudeep and Rahul are just fictional characters, it is always better and right to be like Rahul rather than Sudeep.