Life and cricket – not much different! 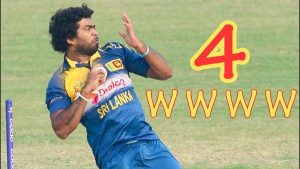 Most of the cricket lovers would have known or seen the record twist that happened in the ICC World Cup at Providence on Mar 28th, 2007. It was a match between South Africa and Srilanka. South Africa was on the easiest road to victory needing just 4 runs from 32 balls at 206-5. Doesn’t it sound like the simplest score to win? But that was when something really unexpected happened in the history of world cricket. Lasith Malinga took down 4 wickets in 4 balls and set a new World Cup and ODI level record. However, South Africa managed to win by one wicket.

A match that seemed like a definite win for South Africa turned out to be an almost defeat for them in just 4 balls. No one would have even dreamed of such a thing happening in their wildest dreams!

Life is also pretty much like the game of cricket. Though we know how certain things might happen, it is never possible to predict or look forward to what exactly life has in store for us. We can manage to hit a six with just one last ball and win the match like in the Lagaan movie (and pretty much in many matches in real time as well) or tumble down wicket after wicket like the 2007 match mentioned above.

With so much uncertainty in life, your only savior will be your Life insurance policy. If anything were to happen to you, you will at least know for sure that your family will be protected and well taken care of financially. So, don’t wait, get in touch with your insurance agent today and invest in a policy that will suit your needs better. It is always better now than never.

Enjoy the video of the jaw-dropping match below: