Are you filing your IT Returns after the deadline? 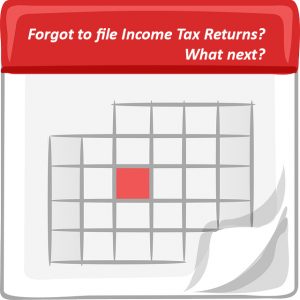 July 31st 2013 was the last day for filing Income Tax Returns (ITR) for FY 2013-2014 and mainly for the FY 2012-2013. Since many of the tax payers went on to file their IT returns on the last day(July 31st), the portal was overloaded on that day due to which the date was again extended till Aug 5th. Based on the latest statistics, nearly 33% of the tax payers use the government website to file ITR.

If you still were unable to file ITR within the Aug 5th deadline, you have nothing to worry about even now. The online data tells that the highest number of people filing ITR is not on July 31st but on 31st of March the next year.

If you haven’t filed your ITR for this financial year, you have time till 31st of March 2015. Yes, 31st March 2015, one year after the end of the relevant year, but with some penalty. There are no major differences in filing ITR before or after the deadline. All that needs to be mentioned is that ITR has been filed in Belated return under 139(4). Also, select return filed selection code as 12 in the tax return form.

Since you will be filing ITR post the government given deadline, there are a few limitations applied:

Your ITR once filed cannot be revised:

If you would have filed your IT returns ahead of the deadline and if there was a possibility of an error while filing, there was an opportunity to revise it once again. In the case of late filing, that is after the Aug 5th deadline, your Belated returns cannot be revised. So make sure that you file you returns properly before submitting the form. It is also better to get it verified with someone who has filed it properly.

It is not possible to carry forward any losses

Have to pay interest on Outstanding taxes as penalty

If you have a tax due and have filed returns after the deadline, you will have to pay a penalty of 1% interest per month from the due date of filing the returns to the actual date filing.